Installing on on Android

With the vast majority of Android devices, installing a PWA is as simple as navigating to the website you want to install on Chrome. Once there, tap the three-dot overflow menu in the top-right corner and then select ‘Add to home screen.’ Chrome will prompt you to enter a name for the app before adding it to your home screen.

Once done, you’ve installed the PWA. However, there are a few caveats to this. First, this only works if the site offers a PWA. You can still add websites that don’t offer PWAs in this way, but instead, they’ll act as shortcuts to the website and won’t benefit from some of the things that make PWAs so great. For example, true PWAs use ‘service workers’ to cache key resources on your device to speed up app performance. Additionally, they can integrate with device settings like notifications, making the PWA experience more like a traditional app.

If the site you install doesn’t offer a true PWA, you’ll miss out on these key experiences.

Other browsers will let you add sites to your home screen, but PWA support can be a mixed bag with these.

Installing a PWA on iOS

Installing a PWA on iOS is also quite simple, but can be rather limited. The process unfortunately only works from the Safari browser. Beyond that restriction, however, it’s quite similar to Android.

Navigate to the website you want to add as a PWA in Safari. Then tap the ‘Share’ button, scroll down and tap ‘Add to Home Screen.’ Enter the name for the app then tap add. The PWA will show up on your home screen like a native iOS app.

Since the release of iOS 11.3, Safari has supported many of the technologies behind PWAs, including service workers. In other words, PWAs on iOS should work similarly to native apps and can access location, sensor data, the camera, audio output and more. There also some limitations, including a 50MB limit on offline storage, no access to Face ID, Touch ID, Bluetooth or other technologies and no notifications. Check out this blog post for a comprehensive list of what Safari supports with PWAs.

Interestingly, iOS will automatically remove PWA files if the user doesn’t open them for a few weeks. The icon will remain on the home screen and when you next open the PWA, iOS will re-download all the files again.

We use cookies on our website to give you the most relevant experience by remembering your preferences and repeat visits. By clicking “Accept All”, you consent to the use of ALL the cookies. However, you may visit "Cookie Settings" to provide a controlled consent.
Cookie SettingsAccept All
Manage consent

This website uses cookies to improve your experience while you navigate through the website. Out of these, the cookies that are categorized as necessary are stored on your browser as they are essential for the working of basic functionalities of the website. We also use third-party cookies that help us analyze and understand how you use this website. These cookies will be stored in your browser only with your consent. You also have the option to opt-out of these cookies. But opting out of some of these cookies may affect your browsing experience.
Necessary Always Enabled
Necessary cookies are absolutely essential for the website to function properly. These cookies ensure basic functionalities and security features of the website, anonymously.
Functional
Functional cookies help to perform certain functionalities like sharing the content of the website on social media platforms, collect feedbacks, and other third-party features.
Performance
Performance cookies are used to understand and analyze the key performance indexes of the website which helps in delivering a better user experience for the visitors.
Analytics
Analytical cookies are used to understand how visitors interact with the website. These cookies help provide information on metrics the number of visitors, bounce rate, traffic source, etc.
Advertisement
Advertisement cookies are used to provide visitors with relevant ads and marketing campaigns. These cookies track visitors across websites and collect information to provide customized ads.
Others
Other uncategorized cookies are those that are being analyzed and have not been classified into a category as yet.
SAVE & ACCEPT
Powered by 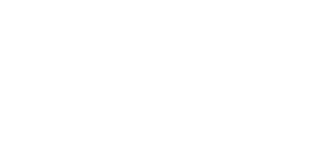 Are you looking to take your business to the next level?

Enter The Pitch for your chance to win a year’s worth of free hot desking space at Smithfield Works, worth over £1,000! PLUS membership to the Staffordshire Chambers of Commerce.

Add Smithfield Works to your Homescreen